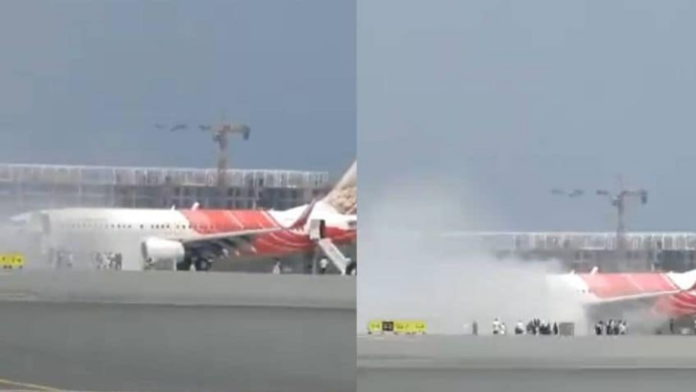 The passengers from an Air India Express plane were evacuated at the Muscat airport on Wednesday after fire and smoke were noticed in one of the engines and aviation regulator DGCA is probing the incident, according to officials.

The Boeing 737 aircraft with 141 passengers and four infants on board was preparing to depart from the Oman capital at 11.20am local time, when another aircraft’s crew reported fumes coming from one of the engines.

The crew then stopped the flight on the taxiway and activated onboard engine-fire extinguishers, after which the passengers were evacuated using slides, an Air India Express spokesperson said.

Some passengers sustained minor bruises in the process, and a female passenger was taken to a clinic at the airport, according to officials.

A Mumbai-Dubai Air India Express flight will go to Muscat and fly the stranded passengers to Kochi at 9.20pm local time, the airline said.

Air India Express also said the matter is being investigated by the regulatory authorities as well as the airline’s flight safety department.