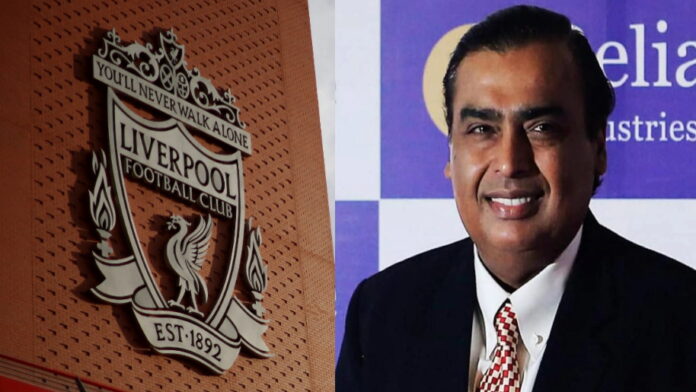 The English Premier League giants have been put up for sale by their current owners Fenway Sports Group (FSG), who bought the Merseyside club in October 2010 and have reportedly appointed Goldman Sachs and Morgan Stanley to assist them in selling the team.

According to ‘The Mirror’, the FSG are willing to sell the club for 4 billion British pound.

Ambani, chairman and managing director of Reliance Industries and rated by Forbes as the eighth richest person in the world, has enquired about the club, the English daily reported.
Others in the fray include parties from the Gulf and the USA.