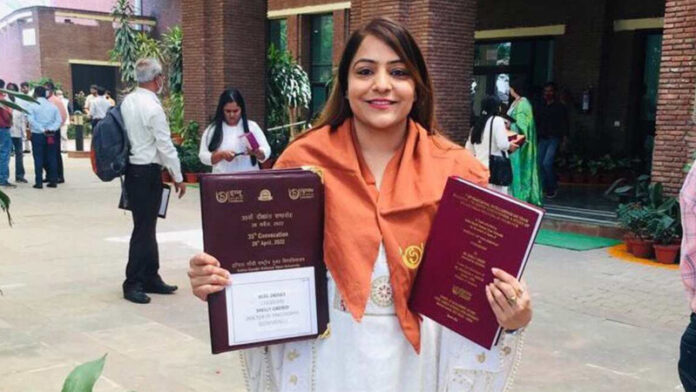 As AAP decided to have a woman mayor, Shelly Obro fell to the lot. “My priority is to make Delhi clean and bright. We will make Delhi a smart city.”- Shelley told the media. Ale Muhammad Iqbal is the deputy mayor candidate. Iqbal is the son of 6-time MLA and AAP leader Shuaib Iqbal. He got the largest majority in the election – more than 17,000.

In the Delhi Municipal Corporation elections held on December 8, AAP swept to power, ending 15 years of BJP dominance. Out of 250 wards, AAP won 134 seats and BJP 104 seats. Congress got 9 seats. The BJP has announced that it will not contest the mayor’s post as AAP has a clear majority. Adesh Gupta, who has resigned from the post of Delhi BJP president, said that the mayor will be from AAP and the BJP will take a strong opposition position.

The Mayor is elected by Delhi’s 250 councillors, 7 Lok Sabha, 3 Rajya Sabha MPs and 14 MLAs who are nominated by the Speaker of the Delhi Assembly. Earlier this year in Chandigarh, winning 14 out of 35 civil wards, AAP was the single largest party, but BJP got the mayor’s post.