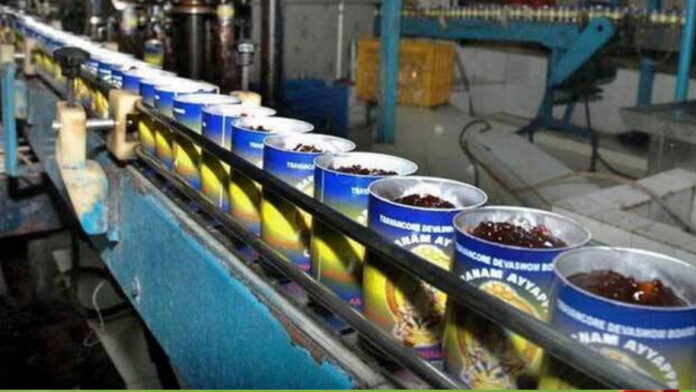 The tins that were brought to fill aravana in Sabarimala was found broken. As many as 40 packs of tins went thus unused. The tins were received in broken form from a company called Moti in Delhi. However, the Devaswom Board said that this will not affect the making of Aravana and at the same time a notice has been sent to the company citing the shortcoming. The company has assured that it will replace the broken tins with new tins.

There is also a court order to take strict action if the contractors fail to supply tin. Soon after this, the tins in 40 boxes delivered at Nilakkal were found broken and damaged.