HomeNewsKeralaGoing crazy over football and its stars is anti-Islam, says Samastha
NewsKerala

Going crazy over football and its stars is anti-Islam, says Samastha 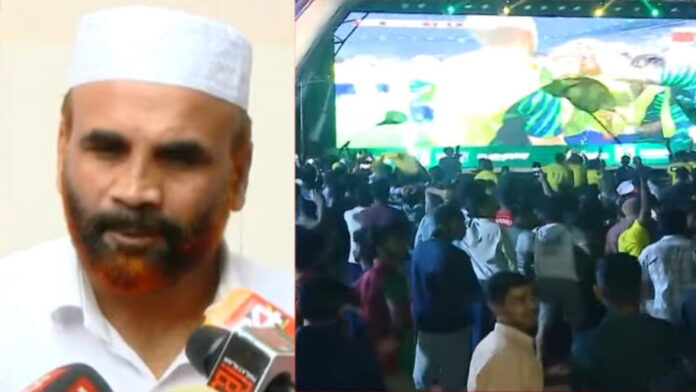 An influential Muslim organisation has stirred controversy when it asked its believers not to idolize football stars and go crazy over the sport, as it is considered to be “anti-Islam acts”.

Samastha Kerala Jem-iyyathul Ulama, which is mainly headed by Sunni clerics, reasoned that such addiction to the game and over-idolizing the star players are against the monotheism (worship only Allah) beliefs.

Installing huge cut-outs of football iconic players is an act of extravaganza and it is incorrect to support countries like Portugal. The preachers will read out the message during the delivery of Friday sermons (Jumu’ah) in mosques across the state.

Samastha Kerala Jem-iyyathul Ulama secretary Nasser Faizi Koodathayi said that star worship and football addiction that disrupt prayers are not acceptable, however there is no objection to football. Instead of being seen with sportsman spirit, it turns into a fever, devolves into intoxication and leads to star worship and excessive expenditure. As far as Islam is concerned, everything has restrictions. Spending wealth beyond that limit is never accepted in Islam.

He said that it is not the right way of life to turn into deviant worship. Prayers should be offered in mosques five times a day. It is not acceptable to change the worship of the prayer in such a way as to disturb even the timing of that prayer. An awareness has been given to the believers that it should be seen with a sportsman’s spirit in a form that does not prevent prayer and that wealth should not be spent excessively.