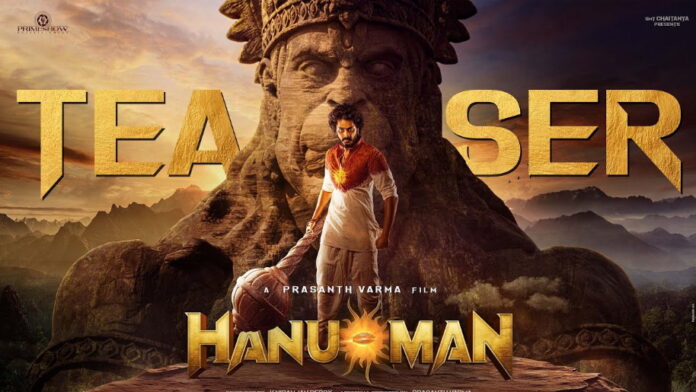 Telugu movie HanuMan’s teaser is finally out, Teja Sajja’s mythological journey promises to set forth the powers of Lord Hanuman. Teja Sajja, who previously worked with the director for Zombie Reddy, is the main lead yet again for HanuMan.

Today, the teaser of Hanuman was unveiled and it looks magnificent. This movie would be his first attempt to create a superhero universe inspired by the characters from Indian scriptures.

The teaser gives a glimpse of the mythical world that holds the powers of Lord Hanuman. We also see Teja Sajja taking on a powerful antagonist armed with a mace, the traditional weapon of Hanuman.