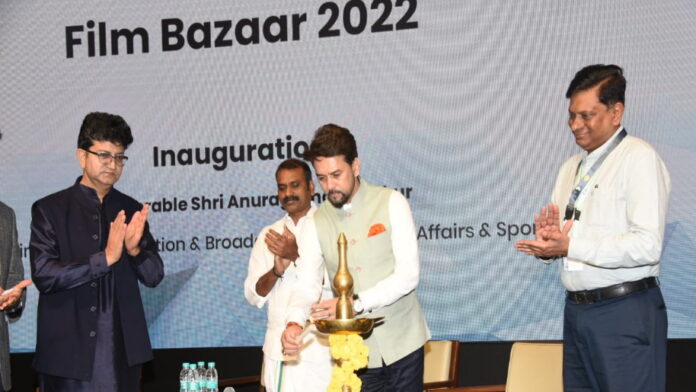 Minister of State for Information and Broadcasting Dr. L. Murugan, Secretary, Ministry of I & B Apurva Chandra along with representatives from National Film Development Corporation (NFDC), film industry among others attended the event.

Created and organized by the National Film Development Corporation (NFDC), Film Bazaar has evolved into South Asia’s global film market from its humble beginnings in 2007. Every edition witnesses increased national and international participation. Over the years, films such as Lunch Box, Margarita With A Straw, Chauthi Koot, Qissa, Ship of Theseus, Titli, Court, Anhe Ghode Da Daan, Miss Lovely, Dum Lagake Haisha, Liar’s Dice and Thithi have been through one or more program of the Bazaar.

Over the course of five days, Film Bazaar becomes the converging point for film buyers and sellers from all over the world. The focus is on discovering, supporting and showcasing South Asian content and talent in filmmaking, production and distribution. The Bazaar also facilitates the sales of world cinema in the South Asian region.