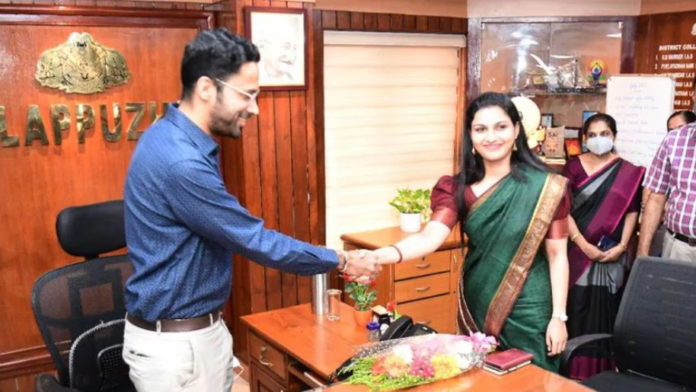 Sriram Venkitaraman IAS, the key accused in the death of journalist KM Basheer, took charge as Alappuzha district collector. He took charge from his wife and former collector Renu Raj on Tuesday.

Meanwhile, Renu Raj has been appointed as Ernakulam district collector.

There has been protests against the appointment of Sriram, who was director of health department in Kerala. Following the massive protests, the comment box of the official Facebook page of the Alappuzha district collector has been disenabled.