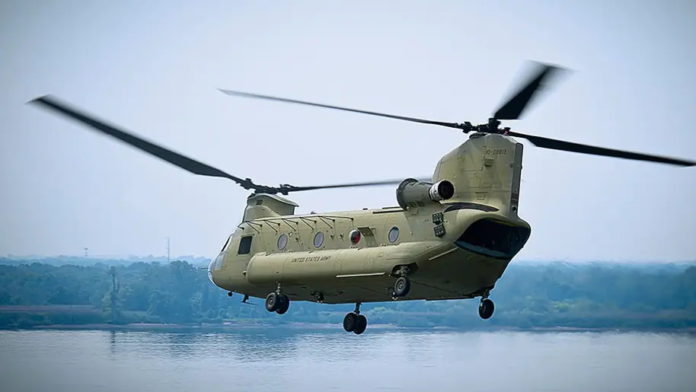 In a big development, Germany will purchase 60 Boeing Chinook heavy-lift helicopters to replace its ageing CH-53 fleet. Chinook helicopters are used by a variety of armed units around the world including the Indian Air Force.

“With this model, we are strengthening our ability to cooperate in Europe,” German Defence Minister Christine Lambrecht said during an address to the Bundestag lower house of parliament.

According to past planning data, the Bundeswehr was set to acquire 45 to 60 heavy-lift helicopters for some 4 billion euros ($4.29 billion), to be delivered between 2023 and 2029.
With the 100 billion euros, Scholz aims to bring the Bundeswehr`s weapons and equipment back up to standard after decades of attrition following the end of the Cold War.

More than 500 Chinooks are in use by the U.S. Army and forces in Europe, which means spare parts are readily available, so the helicopters can be operated for a long time.