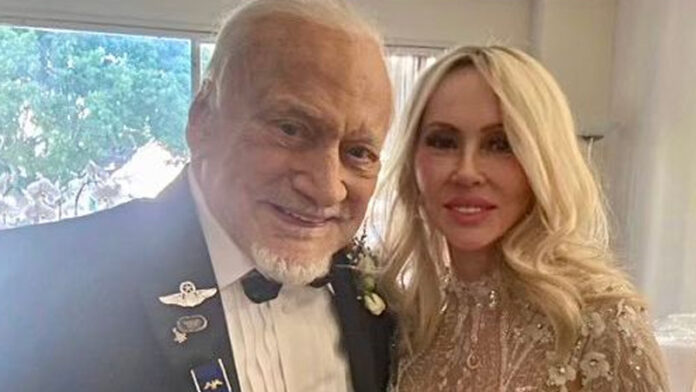 Dr. Edwin Buzz Aldrin, the first American astronaut to land on the moon, got married at the age of 93. Buzz Aldrin made Dr. Anka Faure his life partner after a long love affair. Aldrin became the second person to set foot on the lunar surface in 1969 with the Apollo 11 mission. He shared the pictures on Twitter with the caption that the two tied the knot in a simple ceremony in Los Angeles.

“My longtime sweetheart, Dr. Anka Faure, and I got married on my 93rd birthday, with the blessings of the living legends of aviation. We were united in a small, private ceremony in Los Angeles, and we were as excited as teenage runaways,” he noted. Many people responded to Aldrin’s tweet. A number of replies came in wishing Aldrin a happy birthday and joining in on the joyous occasion of his life.

Aldrin has been married and divorced three times before. Aldrin is one of the three surviving astronauts of the Apollo 11 mission. Aldrin landed on the moon nineteen minutes after Neil Armstrong first set foot on the moon. After retiring from NASA in 1971, Aldrin founded the Share Space Foundation in 1998 to promote space exploration.