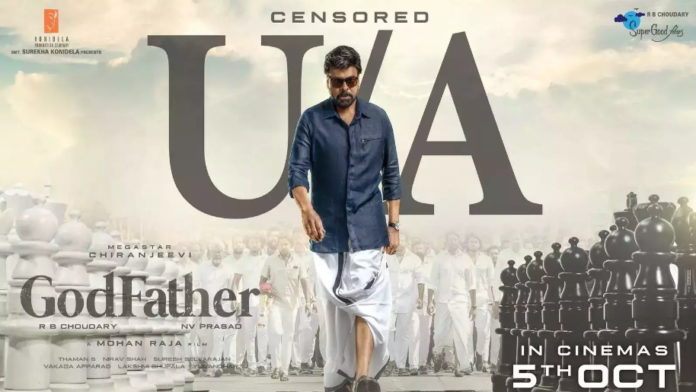 Chiranjeevi and Salman Khan will be seen sharing screen space in the highly anticipated action entertainer GodFather directed by Mohan Raja. GodFather has been bestowed with a U/A certificate from the officials.

The censor poster presents Chiranjeevi as a mass leader with a huge following.

GodFather is scheduled for a grand release in Telugu and Hindi during Dasara, 2022 on October 5th.