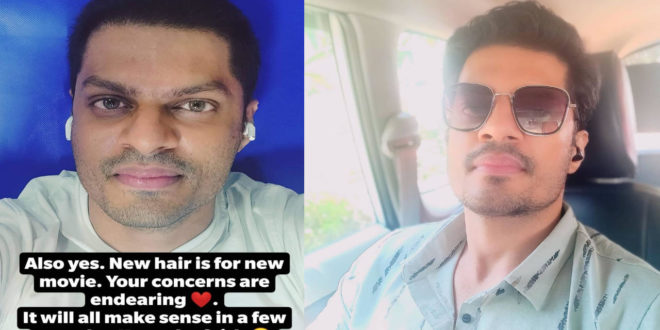 Why Sudev Nair’s new appearance has panicked his followers..?

Sudev Nair is one such an actor, who would take incredible efforts to attain perfection for his characters. A state award winner for best actor, the talented young actor is quite active in social media spaces, and share his interesting updates with followers. That said, his recently spotted appearance created lots of curiosity in social media spaces. The actor was spotted in a rather trimmed hairstyle, unlike his usually long hairlines.

As he came across several queries, Sudev took his social media pages to explain that the new hair style was for a movie. Though he was reluctant to share the details of the project, the actor however ensured that everyone would get an answer for their queries in a few months. That said, his new hairstyle clubbed with the rigorous gymnastic practices that he has been undertaking for a while, people are really curious to know about the upcoming project, in which he has been part of. His next immediate release in Malayalam is the Mammootty starrer One, which will see him essaying the role of MP Dinesh Rajan.