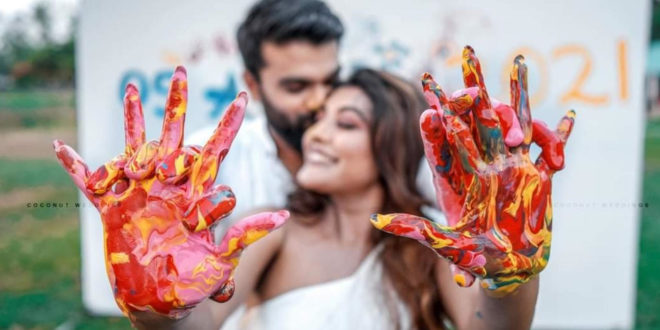 Durga Krishna is all set to get hitched

Actress Durga Krishna has announced that she would soon get married to her long-time love, Arjun Ravinndran. The actress has shared the couple’s pre – wedding photos through her social media pages. The couple will get hitched on the coming April 5th. The pre – wedding photography has been arranged by ‘Coconut Wedding Cinemas’, with both of them appearing with paint brushes and colours to draw their wedding day.

Started off her career with the Prithviraj starrer 2017 Vimaanam, Durga has gone onto be part of several notable projects. She has got a host of projects waiting to get released, with the Jeethu Joseph directorial Ram being the most interesting one. Arjun Ravindran, on the other hand, has produced and acted in the film, Confessions of a Cuckoo, which also starred Durga Krishna in the lead role.