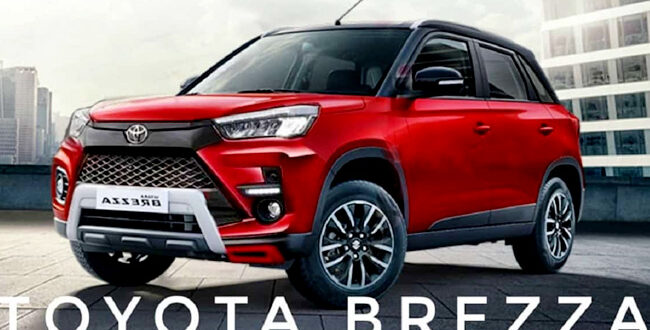 Toyota Urban Cruiser SUV To Hit Markets from This Diwali

Accordingly, Maruti Suzuki has revamped Baleno, India’s premium hatchback, and launched the TKM under the Glanza name. The second model in the range is the compact SUV that TKM will be selling next festive season. Naveen Soni, Senior Vice President (Sales and Marketing), TKM, said that the compact SUV, which is less than four meters long, is India’s favorite vehicle. This segment accounts for about 11 per cent of the total passenger vehicle sales in the country.

That’s why TKM has long wanted to expand into this segment, Sony said. He also revealed that this goal can be achieved with the coming festival season. The SUV segment has witnessed strong sales growth in the Indian market. Sony explained that the entry-level compact SUV segment, which is less than four meters long, offers a consistent performance.

He added that the launch of the new models will excite the entire market. Therefore, even if the situation is unfavorable, the arrival of new models can lead to growth. Sony said the launch was important for Toyota as it did not have a presence in the compact SUV segment, which has the potential to grow. He hopes that by the end of the festival, the country’s ‘Kovid 19’ environment will change. TKM is also confident that it has sold over a quarter of a million Glances over the past year.