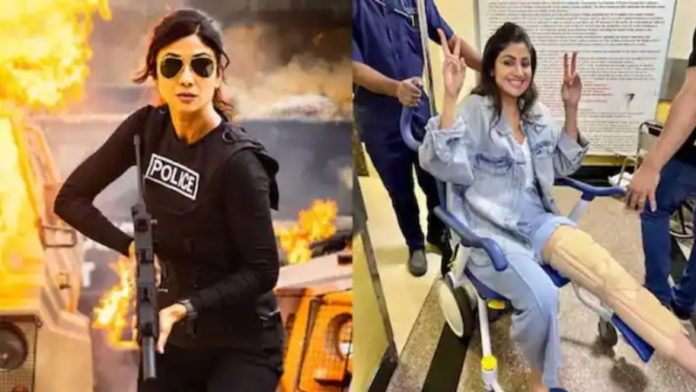 Bollywood diva Shilpa Shetty accidently broke her leg while shooting on the sets of the Indian Police Force. The actress took to her social media space to inform her fans, friends, and followers about the same.

The actress wrote, “They said, Roll camera action – “break a leg!” I took it literally.”

She continued, “Out of action for 6 weeks, but I’ll be back soon stronger and better. Till then, dua mein yaad rakhiyega..Prayers always work.. With gratitude, Shilpa Shetty Kundra.”