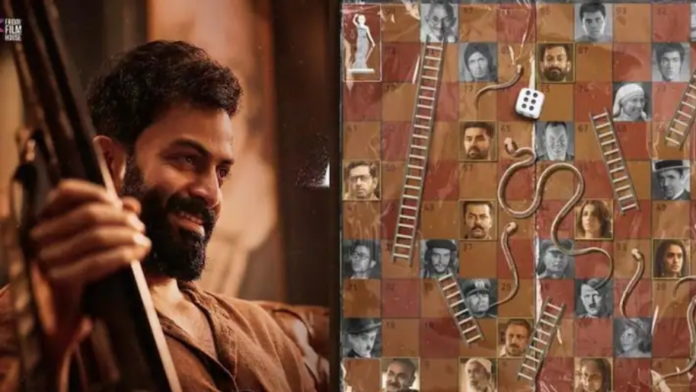 The makers of Prithviraj Sukumaran’s upcoming film ‘Theerppu’s’ release date was announced on Wednesday. The film will hit the big screens worldwide on August 25.

Taking to social media, Prithviraj shared a thematic poster of the film in which the characters and people from various walks of life are placed in snake and ladder board.

The film with tagline ‘Verdicts and Beyond’, has a stellar cast consisting of the actors Indrajith Sukumaran, Prithviraj Sukumaran, Siddique, Saiju Kurup, Vijay Babu, Isha Talwar, and Hannah Reji Koshy.

Helmed by the ‘Kammara Sambhavam’ director Rathish Ambat, the script of ‘Theerppu’ will be penned down by the actor-writer Murali Gopy. The film is produced by Vijay Babu, Murali Gopy and Rathish Ambat.