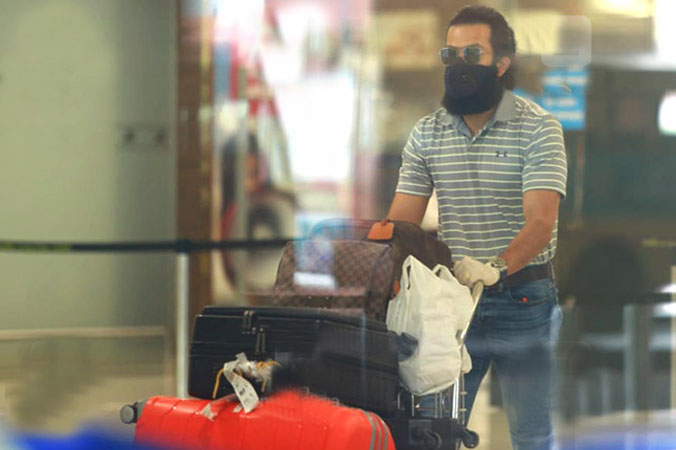 Prithviraj and the herdsmen are moving to the Quarantine Center, which is being used at Fort Kochi. The health department will continue monitoring for 14 days.

Prithviraj and his team arrived at the Delhi airport on Friday morning and reached Nedumbassery at 8.59 am. Air India Flight Number: 1902.

Prithviraj and his team left for Kochi on a special Air India flight at around 7.15 am. The trip to Kochi was from Amman to Delhi.

Air India departed for Delhi on Thursday with expatriates from Jordan. The Indian embassy in Jordan had informed the jury that Prithviraj and his group had been deported.

A total of 187 passengers were flown to India. It also includes the 58-member crew of Adivasivam Cinema.

Prithviraj and his team have been in Jordan for more than two months. The decision to close the world was made when heroes including Prithviraj came to Jordan for the shooting of the film ‘Aadu Jeevitham’ on a large canvas. The film had to be filmed.

The shoot begins in Jordan on March 16. But after the curfew was announced in Jordan in the wake of Covid, filming had to be halted on April 1.

Filming that had ceased was resumed on April 24 in Vadiram, Jordan.

The decisive scenes from the desert have just been completed in Vadiram, Jordan. Prithviraj had given up all the films for three months and was thin.

As soon as filming began in Jordan, the Covid threat began and the crisis began. The film crew comprised of 58 Indian men and about thirty Jordanians.