HomeNewsBusinessMukesh Ambani resigns from board of Reliance Jio; Son Akash Ambani is...
NewsBusiness 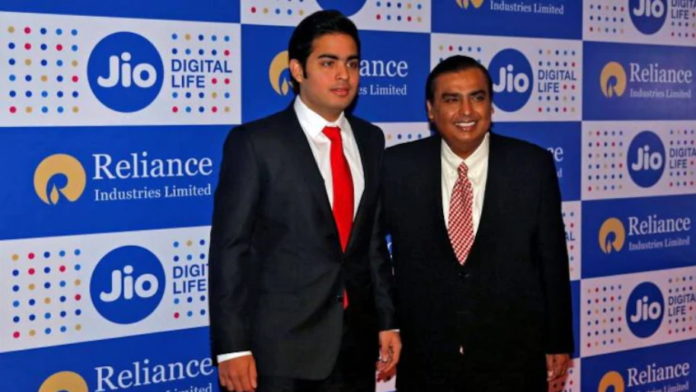 Reliance Industries Chairman Mukesh Ambani has resigned from the board of Reliance Jio and handed over the reigns to his elder son Akash Ambani, who will be Chairman of the Board of Directors.

In a stock exchange filing, Reliance Jio Infocomm said the company’s board at a meeting on June 27, “approved the appointment of Akash M Ambani, non-executive director, as chairman of the board of directors of the company.”

This comes after his father resigned with effect from close of working hours on June 27, it said.

The company further noted that the board has cleared the appointment of Raminder Singh Gujral and KV Chowdary, as additional directors of the company, designated as independent directors, for a period of five years commencing from June 27, 2022.

The appointment of Pankaj Mohan Pawar as managing director of Jio has also been approved, it added.

Jio, which has taken the leadership position in the Indian telecom sector, had reported a net profit of Rs 4,173 crore in Q4FY22, as compared to Rs 3,615 crore in the third quarter.