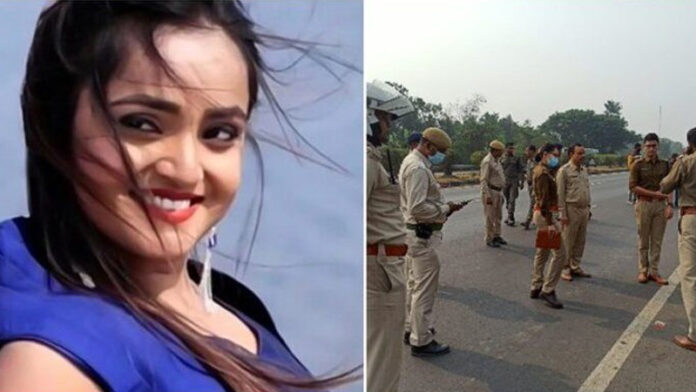 A turning point in the case of actress Riyakumari from Jharkhand who was shot dead while stopping a robbery attempt on the national highway in West Bengal. The investigating team arrested her husband Prakash Kumar in connection with the incident. The actress was shot dead point blank in Howrah district on Wednesday morning.

Police sources said that Prakash Kumar was arrested for two reasons. Riya is the second wife of Prakash Kumar. Riya’s mother’s family filed a complaint against Prakash Kumar on Wednesday. It also talks about Prakash Kumar’s first wife. This is the first reason.

Conflicting statements during interrogation also led to Prakash’s arrest. According to Prakash’s statement, he was on his way from Ranchi to Kolkata when he stopped his car near Mahishrekha under Bagnan police station at 6 o’clock when he came out to urinate and was attacked by a gang of three. Prakash also told the police that Ryakumari was shot when he ran to save her.

The police believe that the information in this statement is not reliable. Police found bullet fragments near the car at the scene. The police also suspect that the assailants are related to Prakash Kumar. Prakash drove three kilometers with Rhea, who was injured in the attack, to Uluberia SCC with the help of locals. Brought to medical college. But his life could not be saved. Rhea Kumari is known as Isha Alya in the film world.