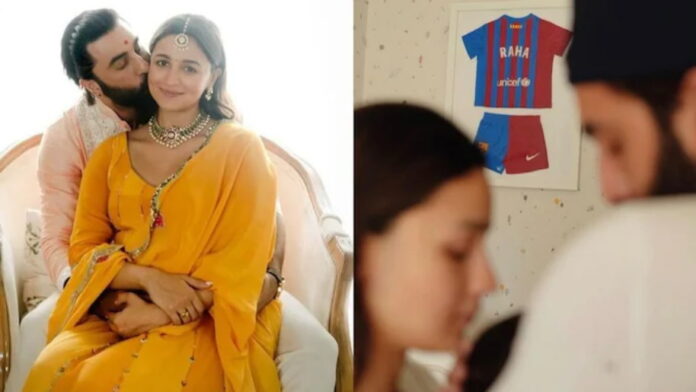 The celebrated couple Alia Bhatt and Ranbir Kapoor welcomed their first child on November 6. The fans are in delight after the ‘Raazi’ actress on Thursday revealed their daughter’s name. Grandmother Neetu Kapoor has selected the name ‘Raha’.

Alia Bhatt shared a picture from the first time they hold their baby. The couple have named their baby ‘Raha’ and here’s what it means!

Alia wrote, “The name Raha (chosen by her wise and wonderful Dadi) has so many beautiful meanings…Raha, in its purest form means divine path, in Swahili she is Joy, In Sanskrit, Raha is a clan, In Bangla – rest, comfort, relief, in Arabic peace, it also means happiness, freedom & bliss. And true to her name, from the first moment we held her – we felt it ALL! ❤️ Thank you Raha, for bringing our family to life, it feels as though our lives have only just begun. ☀️☀️☀️”

There’s a legacy of names starting with ‘R’ in the Kapoor family – right from Raj Kapoor, Randheer Kapoor, Rishi Kapoor, Ranbir Kapoor and his sister Riddhima Kapoor Sahani. Raha already has a football jersey since her father is a huge football fan. Clearly, the couple is enjoying the new phase to the fullest and fans are sending them best wishes.