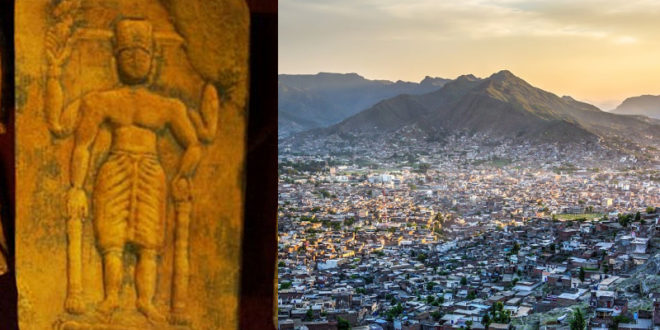 An ancient temple believed to have been built over 1,300 years ago has been found in Pakistan. The temple was discovered during a joint excavation by Pakistani and Italian archaeologists in northeastern Pakistan’s Swat district. Khyber Pakhtunkhwa Archaeological Department official Fazl Khaliq said on Thursday that the Vishnu temple had been discovered. The temple was built during the Shahi dynasty.

850-1026 C.E. The Hindu Shahi or Kabul Shahi was the empire of the period. The Shahi Empire stretched across the Kabul Valley (eastern Afghanistan), Gandhara (modern-day Pakistan-Afghanistan), and modern northwestern India. Remains of military camps and watchtowers were found near the site of the temple. In addition, a large reservoir was found here.

Fazl al-Khaliq said Swat had a large collection of antiquities dating back thousands of years. He added that this was the first time that the remains of the Hindu Shahi Empire had been found in the area.

Joachim Luca of the Italian Archaeological Survey said that the first temple found in Swat area was part of the Gandhara culture. Remains of Buddhist shrines had earlier been found in Swat.