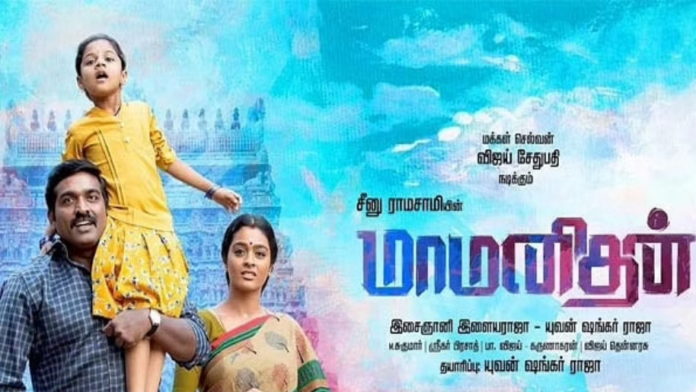 The critically acclaimed entertainer, ‘Maamanithan’, directed by Seenu Ramasamy, featuring Vijay Sethupathi and Gayathrie in the lead, bagged the Gold medal at the Tokyo Film Awards this year.

Radhakrishnan (Vijay Sethupathi) is a humble auto driver, who is sincere and extremely honest. He is content with his life which revolves around the auto, his wife Savithri (Gayathrie), and his 2 kids. His kids study in a government school, and he wishes to improve their standard of education by admitting them into a private school. To achieve this, he promises a real estate businessman Madhavan (Shaji) that he’ll help him sell all the plots to his villagers, but gets cheated by Madhavan. The consequences he and his family face and the extent to which Radhakrishnan goes to find Madhavan forms the rest of the film.