Suzuki Jimny Production to be Launched in India : Price to cost less than 10 Lakhs! 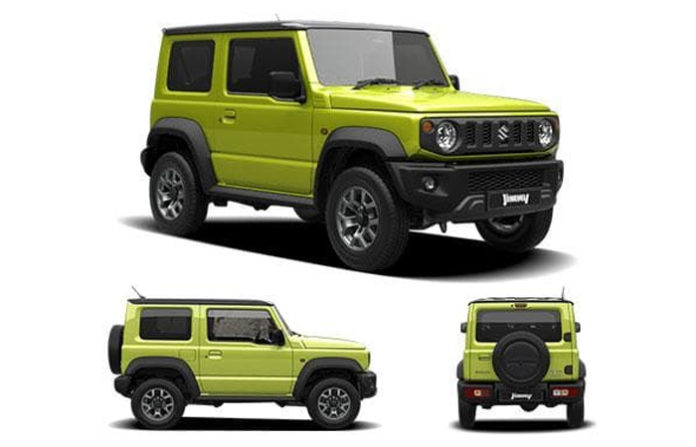 Suzuki Jimny has been in huge demand since its debut in the international market two years ago. The hottest Jimny in Japan and Europe, New Delhi was a major player at the Auto Expo this year. The show will also be launched in India. But it will not be a three-door. The vehicle under the codename YWD will not only be in the Indian market but will also reach other international markets.

The vehicle is currently being manufactured at Suzuki’s Japan Kosai plant. But the popularity of the Jimny in the international market is pushing Suzuki to increase production. According to reports, the car will be rolled out of a Suzuki plant in Gujarat. The company will also export Jimny to international markets. Maruti plans to build 4,000 to 5,000 units a month. Initially, the Jimny will be launched from Gujarat. The Gujarat plant will have five-door and three-door variants.

Maruti’s premium dealership, Nexa, will sell the gym for less than Rs 10 lakh. The fourth-generation Jimny debuted in Japan in 2018, making waves in various overseas markets. The fourth-generation vehicle is designed to ensure off-road driving and travel comfort. The vehicle will be equipped with a sturdy ladder frame chassis, touch screen infotainment system with air bag, ABS, ESP, power steering and a reverse parking sensor.

In the international market, the Jimny is available in two variants with two engine options – 600cc and 1.5 liter. The 1.5-liter engine will be available in the Indian version. The engine currently powered by the Ertiga, Xiaos and XL6s sold in India has a total power of 104 hp and 138 Nm of torque. There will also be a four-wheel drive model.