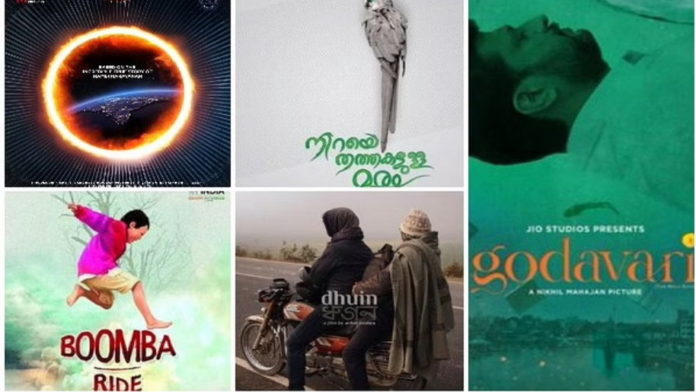 The Ministry of Information and Broadcasting has shortlisted six films which will be screened at the 10-day Cannes film festival, which starts on May 17.

It is indeed a proud moment for Indians as our cinematic excellence and technology prowess is being recognised at a global platform.

While ‘Rocketry- The Nambi Effect will be premiered at Palais K, the other movies will be screened at the Olympia theatre. 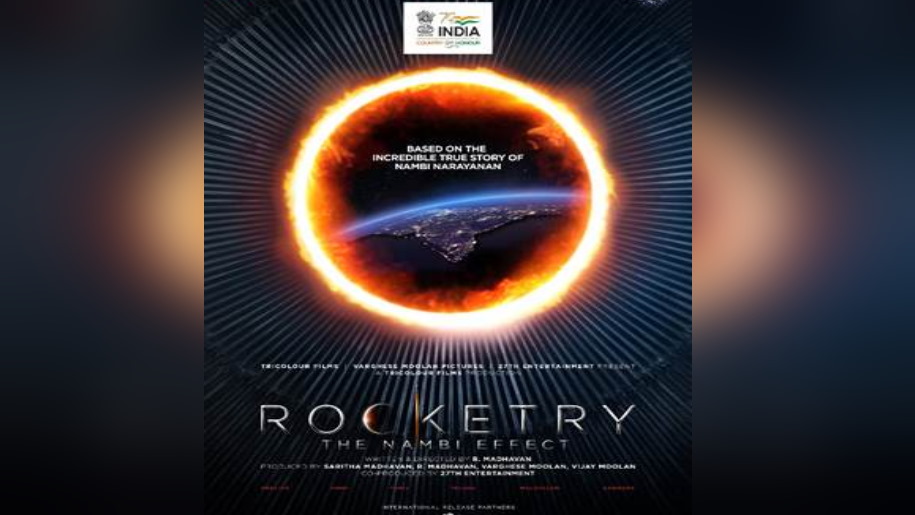 Rocketry – The Nambi Effect is a retelling of Nambi Narayanan’s life story as it unravels in an interview by the celebrated superstar and Badshah of Bollywood, Shah Rukh Khan, on a TV program. Like many great minds, Nambi is also deeply flawed, his genius and obsession earning him enemies and detractors, thus making him a compelling modern protagonist.

Godavari is the story of one NISHIKANT DESHMUKH – who lives by the banks of a river, in an old mansion with his family. Through generations NISHI and his family have been rent collectors. They own a lot of property around the old part of town. While his grandfather, Naropant, suffers from dementia, his father Nilkanth, has chosen to forget. At the end of his bloodline, Nishikant is frustrated with his life. He hates the ways of the old town, he hates the insignificance of his life, he hates that he has been incapable – but like most Indian men, he chooses to internalize his hatred and blame it on factors like tenants and the town that are only incidental, if not entirely faultless. Nishikant collects rent and plays video games in his small apartment far away from the river. He has moved out of his family mansion, leaving his wife and daughter to live with his parents. He spends his time being angry at the river and everything it brings with it. He knows he is a lost cause. However, life and death have always coincided, coalesced seamlessly into each other and that amalgamation feels even more palpable in the town where one person’s death is a way of living for so many. 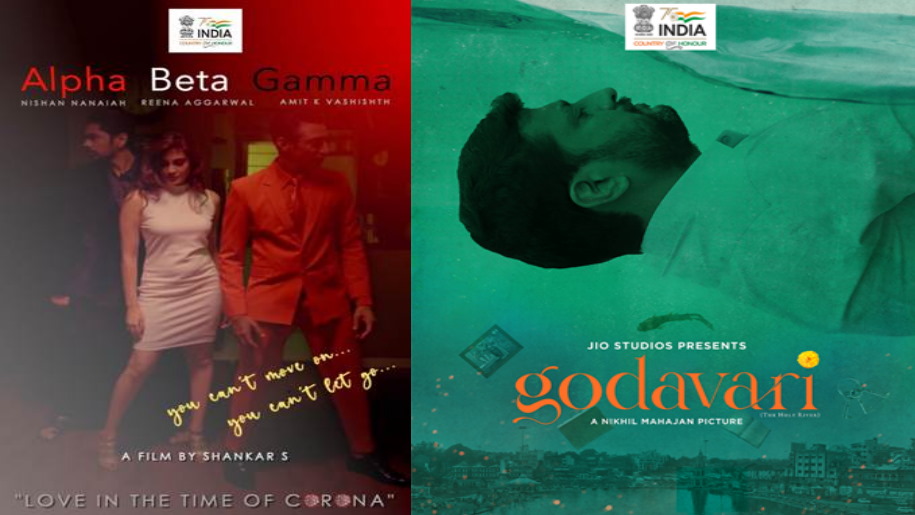 In Alpha Beta Gamma, Jai’s directorial career is on the uptick, though his marital life is on the rocks and he is trying to move on with his girlfriend Kaira. Mitali, his wife – wants a divorce so that she can marry her engineer boyfriend Ravi, who is sober and caring, as against her unpredictable soon-to-be ex-husband. When Jai drops in to talk divorce, Ravi is in the flat, the apartment that once used to be Jai and Mitali’s house. Ravi realising that it will be awkward for the estranged couple to discuss divorce in front of him decides to leave. But before one of the men can make way for the other in Mitali’s life, the Corona virus lockdown intervenes. Now three souls afflicted with the love virus struggle to decide what they want, and at what cost, with nowhere to go but inside. 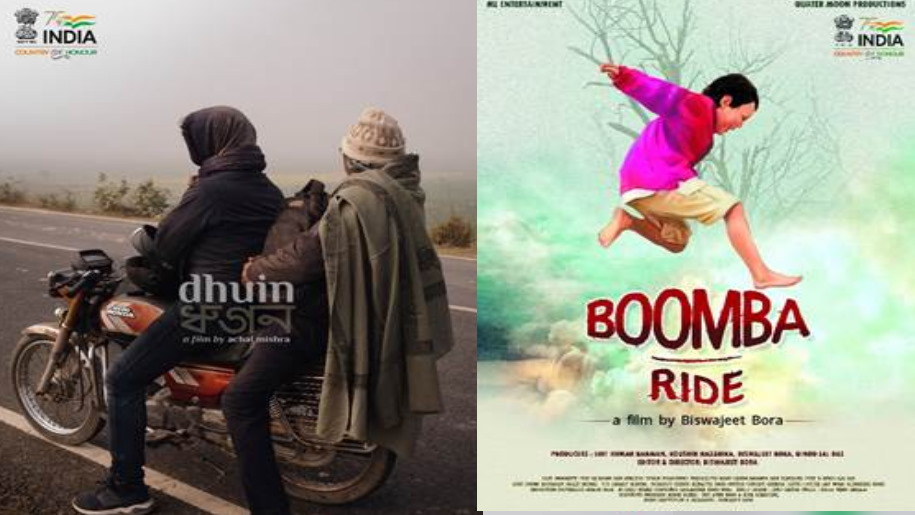 BOOMBA RIDE is a scathing comic satire of corruption in India’s rural education system – and one 8-year old boy (newcomer Indrajit Pegu, in a remarkable performance) who knows how to rig the game for himself. Inspired by a true story, the film was shot in the state of Assam on the banks of the Brahmaputra River with a mostly nonprofessional cast.

Dhuin – Pankaj is an aspiring actor who is making ends meet by doing street plays for the local municipality. He dreams of making it big, and along with his friend Prashant, is saving enough to move to Mumbai in a month’s time. Back at his home, his family is under financial strain post the lockdown, and his retired father is now looking for a job. He wanders around the town through the day, meeting his theatre peers, being bossed around by his seniors, and giving out life advice to his juniors. After a meeting with a Mumbai-based filmmaker ends in an unexpected manner, he has a change of heart, and decides to give up his savings for his father’s job. On returning home one evening, he is asked to accompany his father for a job opening in a nearby town in a couple of days. The trip and the job will cost money, and the family has to arrange for it till then. When Pankaj is asked to arrange for a bike for the trip, he dismisses, running away from his responsibilities. 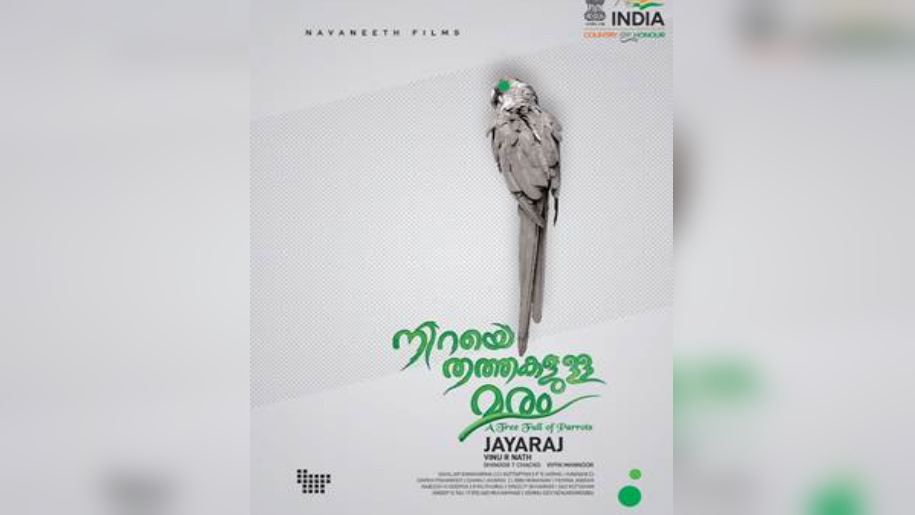 Directed by Jayaraj, Tree Full of Parrots is a Malayalam film, where eight year old boy Poonjan is not an ordinary boy. He earns a living by doing small jobs like fishing in the back waters and looks after his family consisting of a drunkard father, grandfather and great grandfather. His mother eloped with another person years back.