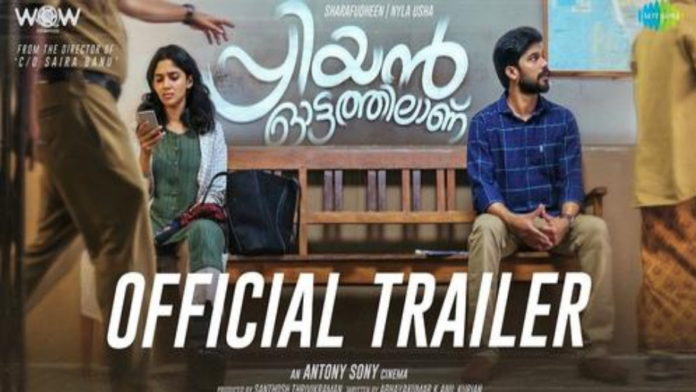 Directed by Antony Sony, film ‘Priyan Ottathilanu’ trailer was released on Saturday and is garnering rave reviews from the netizens. The film stars Sharafudheen, Nyla Usha and Aparna Das in lead roles.

Sharafudheen is essaying the role of a native man named, ‘Priyadarshan’, who is always late to accomplish his duties. The trailer has enough of comic scenes promising to be an entertainer film.

The lyrics is penned by Shabareesh Varma, Vinayak Sasikumar, Prajeesh Prem and the music is composed by Lijin Bambino.