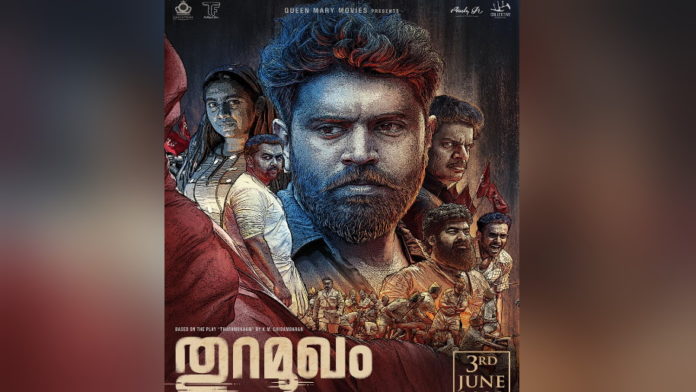 The much-awaited political thriller, ‘Thuramukham’, directed by Rajeev Ravi is all set to hit theatres on June 3. The release date was announced by Nivin Pauly, who plays the lead role in the film.

“All labour that uplifts humanity has dignity. — Martin Luther King,” Nivin captioned the new poster of the film.

The screenplay, written by Gopan Chidambaran, is based on the play of the same name by his father K. M. Chidambaran.

The film is based on the protest of workers against ‘Chappa’ system which prevailed in Kochi till 1962. The story of the film is set in the background of Kochi port. Metal tokens called Chappa were thrown into the waiting crowds of labourers, where they would fight for the tickets (Chappa). Whoever manages to get one would be given work for the day at the wharves or godown. The protests against this system had resulted in the police firing and killing three labourers. The story further revolves around two brothers being on opposing sides in the day labourers epic struggle against dock bosses.

The film was earlier premiered at the 2022 International Film Festival Rotterdam.