HomeNewsMoto Racer 2019 has been introduced, with ultra-features, coming to India soon
NewsTech News

Moto Racer 2019 has been introduced, with ultra-features, coming to India soon 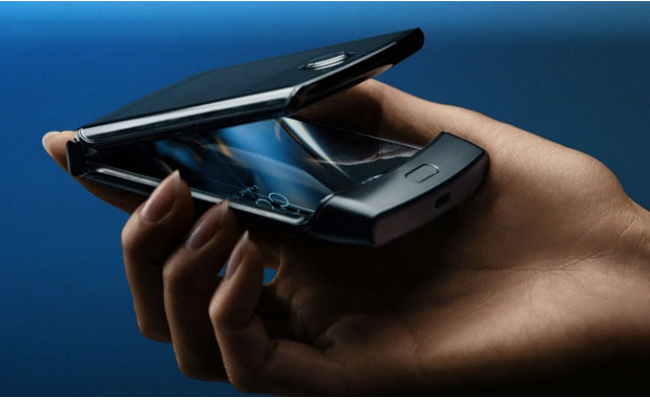 Motorola 2019 version of Lenovo’s sub-brand Motorola has been released. The Moto Racer has been the subject of many discussions and rumors before. Whether the razor folded or folded, as shown in the pictures that came out earlier, is attractive. The new Moto Racer offers a premium design and packs two screens. One is the main display (when the phone is opened). When the handset is folded, there is a small screen. The main screen of the Moto Racer has very low bezels on the sides.

Motorola Moto Racer is priced at $ 1500 (approx Rs. 1,08,273). Motorola India has confirmed that the Moto Racer will arrive in India soon after launching in the global market. The company has not revealed the launch date of the Moto Racer in India. Moto racers are expected to be expensive in India too. It may cost more than $ 100,000.

The Moto Racer comes with two screens. One is inside while the other is outside. There is a 6.2-inch flexible OLED display when opened. The screen offers a 21: 9 cinemaview aspect ratio similar to some of the previously launched Motorola smartphones. The phone has a 2.7-inch OLED display when folded. It offers the aspect ratio 4: 3. The Moto Racer features a fingerprint sensor at the bottom.

The Moto Racer is one of the oldest iconic clamshell razor phones when it comes to folding unlike the recently launched foldable Samsung Galaxy Fold and Wavey Mate X. When folded, the Moto Racer will shut down completely. Users cannot use the phone. This means that to run the Moto Racer you need to open it like a flip phone.

The display has a 16MP camera outside the Moto Racer. It allows users to click on selfies when the phone is folded. The 16MP camera has several camera features like EIS, Night Vision Mode and more. The same 16MP camera becomes the rear camera when the phone opens. The phone also includes a 5MP camera.

The Moto Racer is powered by a Snapdragon 710 processor. It comes with 6GB of RAM and 128GB of internal storage. The Moto Racer packs a 2510mAh battery paired with 15W quick charging support. Razer runs Android 9 Pi on Software Ground.