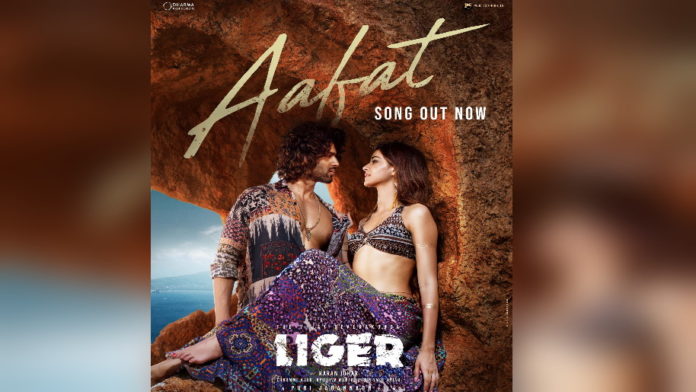 The third song titled Aafat from the upcoming film of Vijay Deverakonda and Ananya Panday’s Liger is out.

Sharing the video song on Twitter, Vijay Deverakonda wrote, “Vibe to the most electric song of the year #AAFAT.”

Composed by Tanishk Bagchi in all languages, the Hindi Hindi song is crooned by Zahrah Khan and Tanishk Bagchi, the Telugu version is by Simha & Sravana Bhargavi, and Tamil is sung by Deepak Blue & Haripriya, Malayalam is by Manzoor Ibrahim & Jyotsna.

Vibe to the most electric song of the year #AAFAT 💞

Radhakrishnan and Kannada version is crooned by Santosh Venky & Divya Ramachandra.
Vijay Deverakonda starrer Liger, one of the much-awaited pan-India films is releasing August 25. The film marks the debut of the actor in Bollywood.