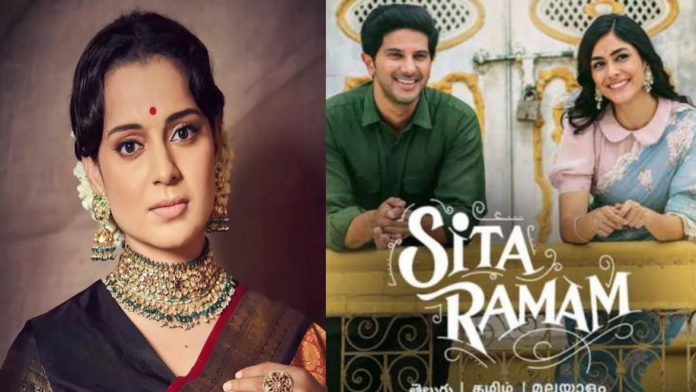 Bollywood actress Kangana Ranaut has now finally watched the film. She took to her Instagram story on Tuesday to share her review of the film and heaped praises on the cast and crew. Not only she lauded the direction and screenplay of Sita Ramam but gave a shoutout to the film’s leading lady Mrunal Thakur.

Praising the film, Kangana wrote, “Finally got time to see Sita Ramam… and I must say what a spectacular experience… and epic love story… extraordinary screenplay and direction… congratulations to Hanu Raghavapudi (director), all departments work wonderfully (in the film).”

For Mrunal, she said, “All actors did amazingly well but what stood out the most for me (was) Mrunal Thakur’s performance. Restrained emotions and rare dignity in her demeanour… no other actress could have portrayed. What a terrific casting. Truly a queen. Zindabad thakur saab (madam), here begins you reign…” 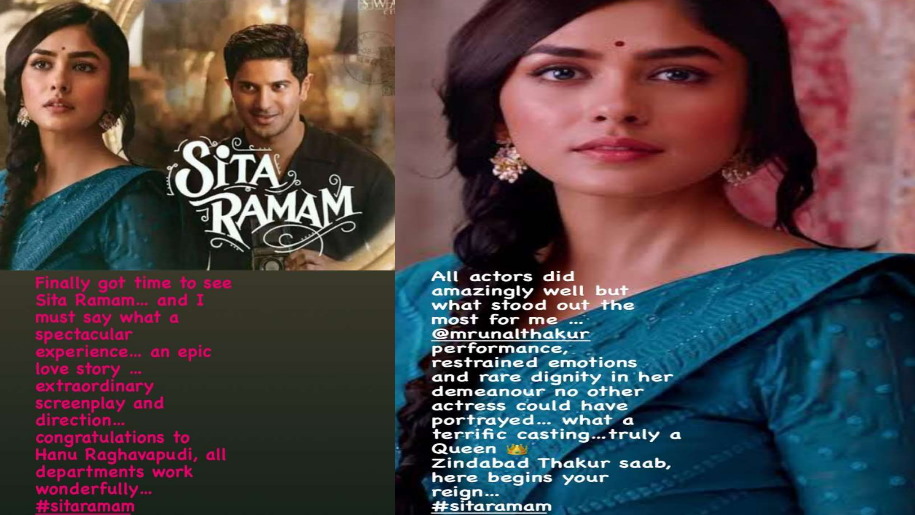 Directed by Hanu Raghavapudi, the period romantic drama was released on August 5 in Telugu, Tamil and Malayalam and has been going strong at the box office. Presented by Dr Jayantilal Gada of Pen Studios & Swapna, the movie was released in Hindi on September 2 in cinemas. It stars Dulquer Salmaan, Mrunal Thakur and Rashmika Mandanna in the lead roles.