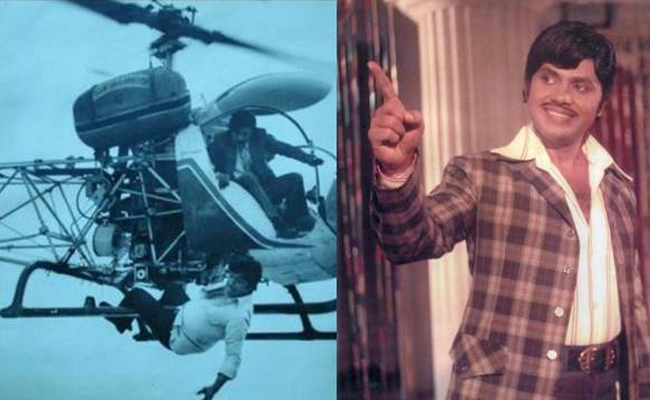 “Jayan” 39 years since the dawn of Malayalam cinema

November 16, 1980 … The dawning of the rising sun of the performing arts. On that day, even nature itself shed tears. Jayan loved cinema and cinema Jayan. There is no other actor who has influenced Malayalees like Jayan in their roles and looks. Jayan was a symbol of the youth of the 70s.

Krishnan Nair’s friendship with actor Jose Prakash’s son Rajan Joseph opened the door to cinema. The 1974 edition of J.S. C. He has made his debut in Malayalam cinema with the acclaimed film ‘Jayan’, directed by Jos Prakash. Jayan came to the minds of Malayalees by singing a song titled ‘First night’.

Jayan films featured songs that were both cool to the eye and cool. He has seen the love, humor, sadness and humor in these songs many times. Of these, the Jayan-Seema Tarajodi was a favorite of the audience. He came to the role of a dual role in thriller, power and human beings.

In just six years, Jayan has completed 116 films, including the Tamil film Poothakal Poothukal. He was just 41 years old when he died in a helicopter crash while filming the climax of the film ‘Kotilakam’. He still reserved a lot for his fans … but the fate has taken him to a world of beauty … but the truth is that his fans are growing even after his death.

In fact, there is no other star who has created so much fanfare after his death. Even after his death, the films he acted in went to the theater. It was the pride that hit the theater in 1983 that finally made Giant his home.