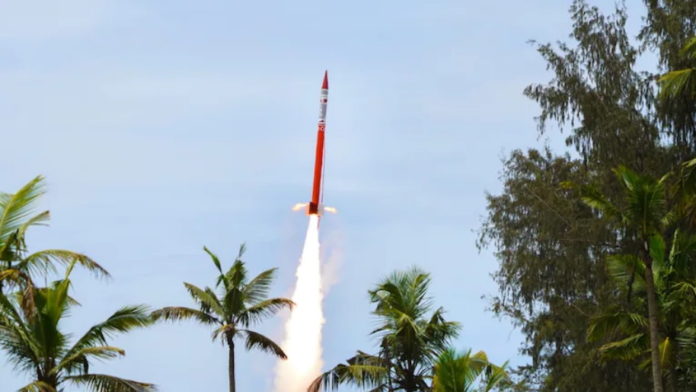 The Indian Space Research Organisation (Isro) has successfully tested the Inflatable Aerodynamic Decelerator (IAD) that will be used for landing payloads on Mars or Venus in the future. The IAD is being developed for aerodynamically decelerating an object descending through the atmosphere.

The rocket took the IAD to an altitude of 84 kilometers where it was inflated and descended through the atmosphere with the payload part of the sounding rocket.
Isro said that the main objective of this mission was to demonstrate IAD technology for application in spent stage recovery and planetary entry.

In a brief, Isro revealed that the IAD is kept stowed in the nosecone of the single-stage Rohini-300 (RH300MKIl) Sounding Rocket. “At 100 seconds after take-off, the nosecone is separated, followed by the inflation of IAD at 110 s, using compressed Nitrogen stored in a gas bottle. The payload is separated from the motor at 200 seconds after take-off, by using an FLSC separation system,” Isro said.

“All the objectives of the mission were successfully demonstrated,” Isro said.

“This demonstration opens a gateway for cost-effective spent stage recovery using the Inflatable Aerodynamics Decelerator technology and this IAD technology can also be used in ISRO’s future missions to Venus and Mars,” Isro chief S Somanath, said in a statement.