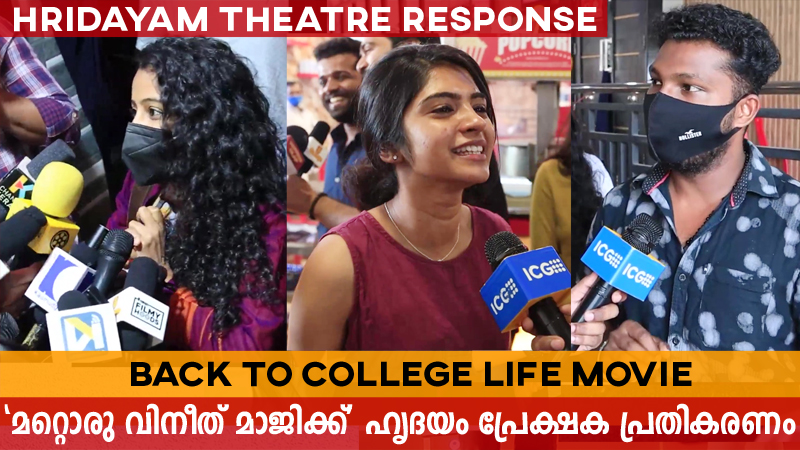 After the super hit campus movie ‘Thattathin Marayathu’, the movie directed by Vineeth Sreenivasan has come to the theaters ending the wait of the Malayalam cinema lovers for the heart. After 6 years, Vineeth’s Campus movie and Pranav Mohanlal’s Malayalam movie starring Pranav Mohanlal in the lead roles.

Each of the songs in the film, which has more than 15 songs, was released and was well received by the audience. There was a lot of skepticism among the audience as to how 15 songs would fit into a movie and whether it would feel annoying to the audience. But all those doubts have come to an end.

The film is getting a very good response from the audience. “After watching the film, producer Joby John wrote on Facebook that it is a good movie that can keep the heart in the heart.

“If you have Rs 100 in hand, go to the nearest theater and you will still see Corona here but Don’t miss the ‘Hridayam’ theatre experience. I do not know what to do with this. At a time when people are reluctant to come to the theater, if they have the courage to release a film, then the level of cinema can be understood. The movie that got another youth vibe after love, the feeling that was smashed on a trip to college, some of the scenes were really thrilling and captivating to the heart. I can only say the same thing in one word. ”This is an audience review after watching the movie.

Pranav Mohanlal’s performance is also getting good reviews. Pranav’s career-best is shared by many viewers. The majority opinion is that so many songs do not affect the film in any way and can be enjoyed.

There are also rumors that the first half of the film is going a bit slow. However, there is no doubt that director Vineeth’s excellence and Pranav’s acting skills will be discussed in the film.

The film is being produced by Visakh Subramaniam under the banner of Maryland Cinemas. Hisham Abdul Wahab composed the music for the Maryland film, which returns to filmmaking after 42 years. Cinematography by Vishwajit Finally. Editing by Ranjan Abraham.