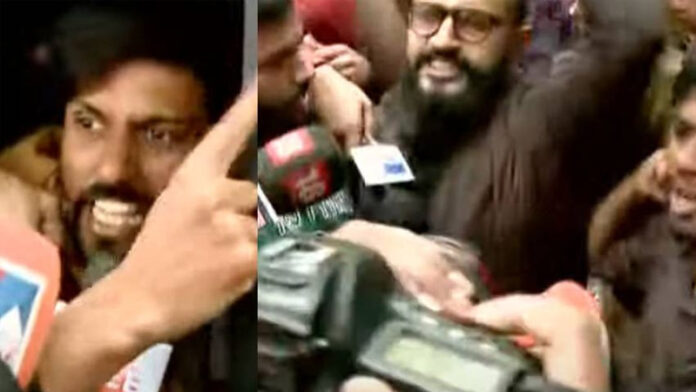 Tension in Jamia Millia Islamia University over screening of BBC documentary on Modi. There was a clash with the police after the students came together despite the university authorities denying permission to screen the documentary. Then five students were taken into custody.

Both the organizations are preparing to jointly protest against the arrest of the students. In view of the student protest, gathering of students was prohibited in the university. Campus gates are closed. Anticipating the protest, the police were deployed in the campus area with heavy preparations including grenades.

The students protested in the campus demanding the release of the detained students and restoration of democracy in the campus. It was announced that the documentary will be screened at 6 o’clock. But the exhibition is unlikely to take place due to the closure of the campus including the library.