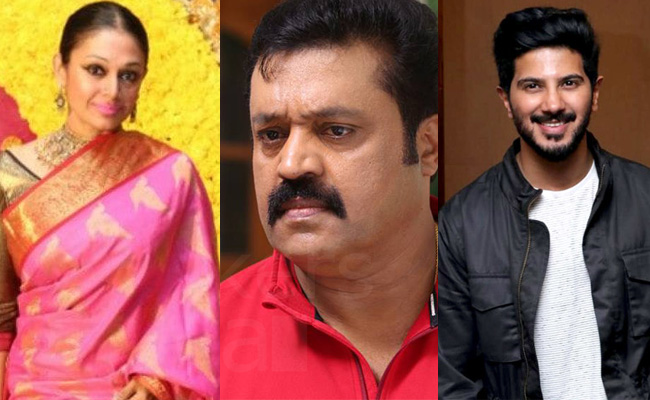 Directed by Anoop Sathyan, son of Sathyan Anthikkad, the film has Shobana, Suresh Gopi, Dulquer Salman and Kalyani Priyadarshan in lead roles. And the movie is produced by Dulquer Salmaan.

The music for the film is by Alphonse Joseph. The film tells the story of two people who settled in Chennai. Shobhana and Kalyani play the central roles. The cinematography is by Mukesh Muralidharan.

Costume Design: Uttar Menon, Makeup: Rolex, Line Producer: Harris Desam. The film’s main location is Chennai, which will start shooting in October. After completing the shoot of Kurup, Dulquar will be joined by Anoop Sathyan.

Suresh Gopi and Shobhana were last seen together for the 2005 movie Maakkak. Fans of the 80s and 90s are very much looking forward to joining the younger generation.

Parvathy Thiruvoth is an actress who has made her place in the minds of moviegoers through different roles. But the actress is reportedly preparing...
Read more
Film News

Various film crews have met to discuss the issue of releasing Malayalam movies in online platforms. The meeting, which discussed the opinions of producers...
Read more
Film News

Rural district police chief K Srinivasan, while responding to media queries, said that strong action would be taken against the accused in the case...
Read more
Film News

Be it Cobra or an elephant, Praveena doesn’t care

During the lockdown period, actress Praveena has had several interesting experiences and proved her fearlessness in multiple occasions. Earlier, it was her stint with...
Read more
Film News

Actor Arjun Kapoor shares painting of himself as Sherlock Holmes

A picture shared by Bollywood actor Arjun Kapoor has now gone viral on social media. He has posted a picture of Arjun in the...
Read more
- Advertisment -