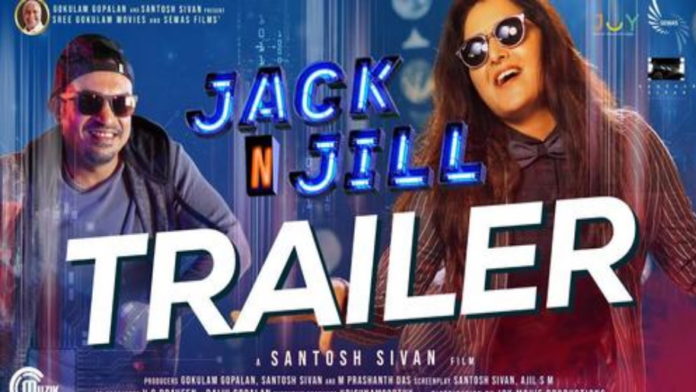 The super exciting trailer of Jack N’ Jill, directed by Santosh Sivan and starring Manju Warrier, was released on Tuesday. The 1.42 minutes trailer was released by leading Bollywood filmmaker Karan Johar on his official Twitter handle.

Out there for everyone to see the magic they have created! Congratulations and all the love & luck to the entire team!♥️♥️♥️ #JackNJill https://t.co/lhYBdVh9A0

The film is a science fiction comedy, which will hit the theatres on May 20. Santosh Sivan and Ajil S M scripted the film, bankrolled by Gokulam Gopalan, Santosh Sivan, and M Prashant Das.