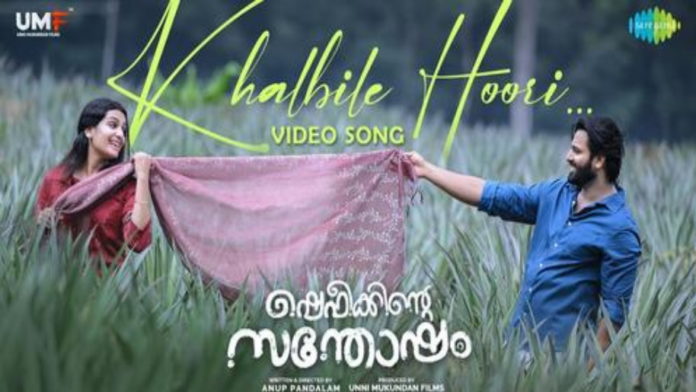 The song is titled ‘Khalbile Hoori’, composed by renowned music director Shaan Rahman and sung soulfully by Unni Mukundan himself. The lyrics is penned by Manu Manjith.

Taking to Facebook, Unni shared the new song and wrote, “Honestly, I’m very excited. The first content from Shefeekkinte Santhosham, UMF’s second production venture, is here. I wholeheartedly welcome each one of you to the world of Shefeek and his friends! The only person I thank right now is Shaan Rahman. Thanks a lot bro, for bearing with me. I really hope, all of you, enjoy the song, as much as I enjoyed living it and rendering it. Lyrics by Manu Manjith. Do share your feedback with Shaan and me! Thank you Saregama Malayalam for backing us. Thanking all my dear friends for sharing the song on their social handles. Means a lot to me and my team! Many more are on the way! Love Ya all, UM.”

Written and directed by Anup Pandalam, ‘Shefeekkinte Santhosham’ is the second production under the banner of Unni Mukundan Films Private Limited (UMF), after Meppadiyan.