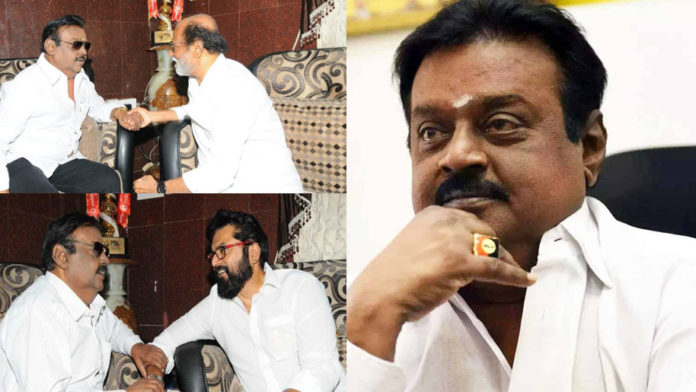 Tweeting his wishes, actor Rajinikanth said in Tamil, “I pray to the Almighty that my dear friend Vijayakanth recovers swiftly and roars like a Captain as before.”

Actor Sathyaraj, who released a video, said, “I whole-heartedly wish my dear friend Viji, who is lovingly referred to as ‘Captain’ by all, that he makes a complete and swift recovery and returns home soon.”

Actor Kamal Haasan tweeted his wishes to Vijaykanth in Tamil. He said, “I wish that my dear friend Vijayakanth, who is undergoing treatment in a hospital, recovers completely and returns home soon.”

Vijayakanth, who is one of Tamil cinema’s popular actors and well known politicians, is said to be recovering well in a private hospital, where he underwent a surgery on Monday in which three of his toes on his right leg were amputated.

A statement issued by Vijayakanth’s political party, the Desiya Murpokku Dravida Kazhagam (DMDK) said that toes on the feet of the actor had been amputated as per the advice of doctors.

The diabetes problem that has been troubling Vijayakanth for years had caused blood to flow in an irregular fashion to his toes, necessitating the amputation, the statement in Tamil had claimed.