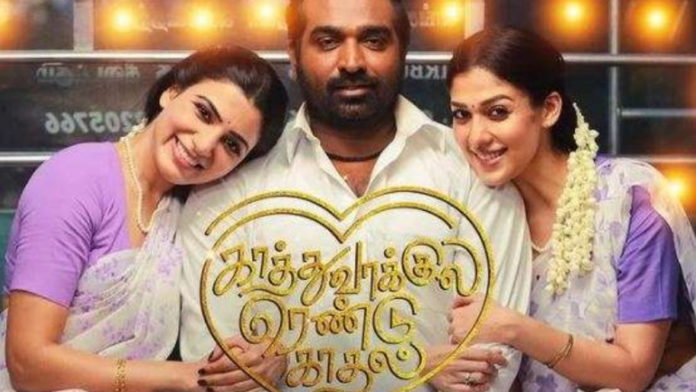 Vujay Sethupathi starrer ‘Kaathu Vaakula Rendu Kadhal’ was released on April 28. The romantic drama turned out as the actor’s best at the box office. The film also starred Nayanthara and Samantha in lead roles.

The distributor of the film scrutinised the film’s collection at various theaters during which, it was found that a theatre in Trichy, Thiruverumbur area has registered less number of sold tickets for ‘Kaathu Vaakula Rendu Kadhal’.

Therefore, the theater in the Trichy has been fined for Rs 7 lakh for misrepresenting the ticket account of the film. They have also requested the Tamil Nadu government to interfere in this matter, and make all the theaters connected through a computer, so the tax revenue to the government will increase.

‘Kaathu Vaakula Rendu Kadhal’ has reportedly grossed over Rs 40 crores in Tamil Nadu, while the overall number for the film is said to be around Rs 65 crores.