Tata HBX; The SUV is a combination of the beauty of the Harrier and the Nexon 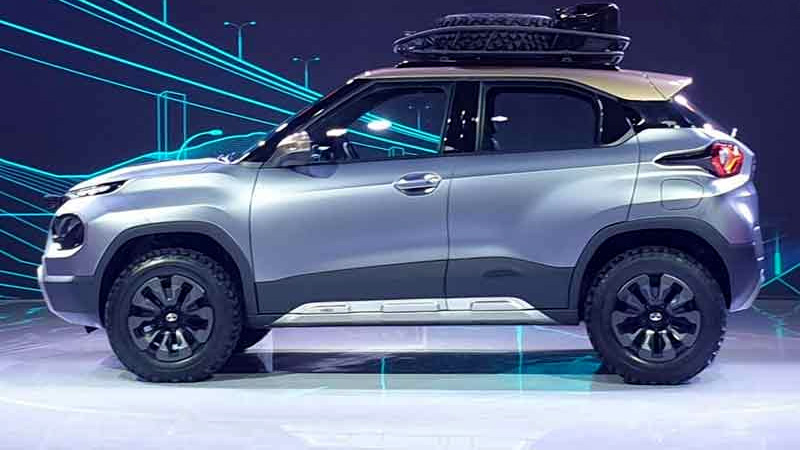 Tata Motors launches new mini SUV for Indian roads Preparing is no secret. However, Tata Motors has not released any further details about the look and design of the vehicle. Knowledge of this vehicle is the assurance that this vehicle will do justice to the concept displayed at the Auto Expo and the pictures of the test run.

The baby SUV, code-named Tata HBX, Upcoming experimental images suggest that the beauty is on par with the Harrier and the Nexon. Production-ready films that hit the streets for a test run with little cover-ups are now filling social media with applause from car lovers.

When it comes to the design style of the HBX, the facial features can be described as a combination of vehicles like the Harrier-Nexon. The HBX also offers the same DRL as the Harrier and the headlamps on the bumper. The pictures suggest that the bumper is available in dual tone colors similar to the Nexon.

The sides are arranged similarly to the Nexon. The HBX also features a dual-tone alloy wheel from the next generation Nexon. The similarities are not to be claimed for the latter. At the rear of the vehicle is a completely redesigned tail lamp, bumper with a black finish and a protruding tailgate.

The manufacturers have not given any hints about the interior. However, from the previously obtained images, the flat bottom steering wheel, MID. Expect a larger instrument cluster provided by the unit and an infotainment system similar to that provided on the Nexon. It is rumored that Connected Car Technology will provide this.

It has been rumored from the beginning that the petrol engine will be the heart of the vehicle. The HBX will be powered by the same 1.2-liter Revotrol petrol engine found in other Tata models. It is rated at 85 bhp. Power and 113 Nm. Torque. There are also hints that the AMT may come with an optional five-speed manual gearbox.