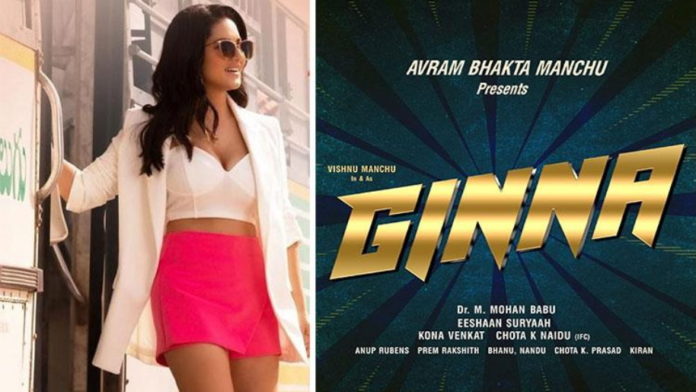 The first look poster of Sunny Leone’s upcoming film ‘Ginna’ was unveiled on Wednesday. The actress plays a character called Renuka and she can be seen a gorgeous pink and white playsuit in the poster.

Taking to Instagram, Sunny Leone wrote, “So excited to introduce to you – #Renuka.. I am #Ginna ‘s childhood buddy but that doesn’t mean I won’t turn his life upside down 🤭!! It’s going to be a crazy journey full of unexpected twists and turns. #GinnaBhai- Coming soon in Theatres near you!”

Directed by Surya, the film, which stars Vishnu Manchu alongside Payal Rajput and Sunny Leone, is a wholesome mass entertainer.