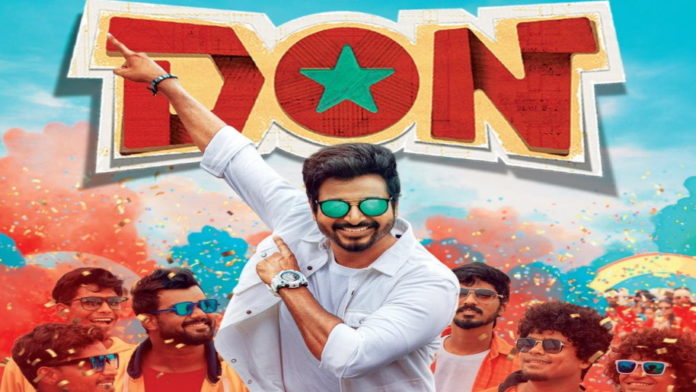 Sivakarthikeyan’s Don, which opened to positive reviews on May 13, will stream on Netflix. The actor plays the role of a college student is a mix of emotions, comedy and conflict. The film is receiving good response at the theatres.

The film will stream after four weeks of its theatrical release.

The coming-of-age romantic comedy-drama film is written and directed by Cibi Chakaravarthi in his directorial debut, and produced by Allirajah Subaskaran of Lyca Productions. Sivakarthikeyan starred in the lead role and co-produced the film under his Sivakarthikeyan Productions banner, while Priyanka Arul Mohan, S. J. Suryah, Samuthirakani and Soori appearing in pivotal roles.

It features music composed by Anirudh Ravichander, with cinematography and editing by K. M. Bhaskaran and Nagooran respectively.

The film revolves around Chakaravarthi, whose father is trying to get to a college named BEC (Best Engineering College) to make him an engineer. While he is driving, he narrates his story when he was younger and was enrolled in BEC. In their college their is a staff named Bhoominathan who everyone in the college is scared of execpt Chakravthi. His story and why he is adamant to reach the college forms the central plot of the story.