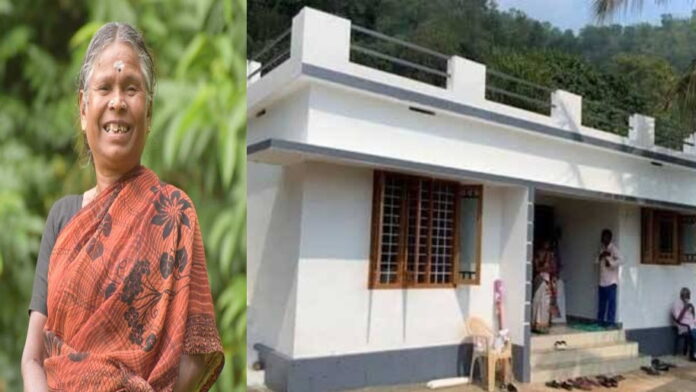 Singer Nanjiyamma hailing from Attapadi, who rose to fame through late director Sachy’s Ayyappanum Koshiyum, has now got a new house for her. A foundation called Philokalia took the initiative to build a new dwelling for the National-award winner.

Nenjiyamma had been living in an insecure house in Attapadi for a long time. She often used to say that she has no place to keep the awards received. Seeing her plight Philokalia laid the foundation stone three months ago and the work was completed at a rapid speed.

The new house is built next to her old house. The song sung by Nanjiyamma in the film won the national award for best female singer.