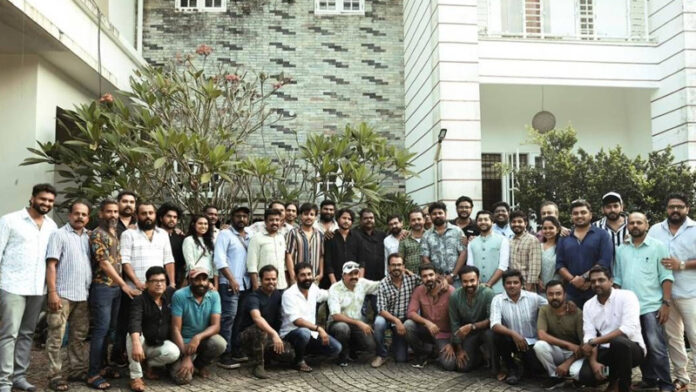 The pooja and switch-on ceremony of the film directed by Robbie Varghese Raj starring Mammootty was held at Pala today. This is a film produced by Mammootty’s company after Nanpakal Neerath Mayakkum, Roshak and Kathal. Ss. George is the executive producer of the film. The story of the film is by Mohammad Shafi. Actor Ronnie David Raj has written the screenplay along with him. Cinematography by Muhammad Rahil is composed by Sushin Shyam and editor Praveen Prabhakar composes the music.

Dulquer Salmaan owned Wayfair Films is distributing the film in Kerala. The film is being shot in Pala, Kochi, Kannur, Wayanad, Athirampally, Pune and Mumbai.