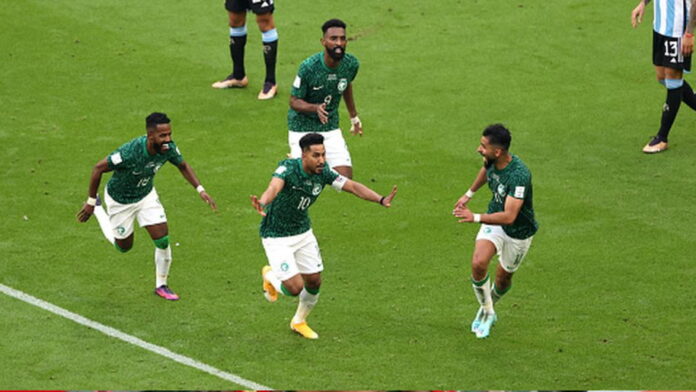 Saudi Arabia shocked Argentina in the World Cup on Tuesday with a 2-1 victory over Lionel Messi’s side, prompting an outpouring of Arab pride amidst the first staging of soccer’s top tournament in the Middle East.

King Salman declared a public holiday in Saudi Arabia on Wednesday to mark the achievement, a feather in the cap of Crown Prince Mohammed bin Salman, who recommended the royal order state media said.

Prince Mohammed was not seen at the match but had been front and centre at the tournament opening on Sunday.

Abdulelah Al Amri was awarded the ‘Player of the Match’ award for his brilliant performance.