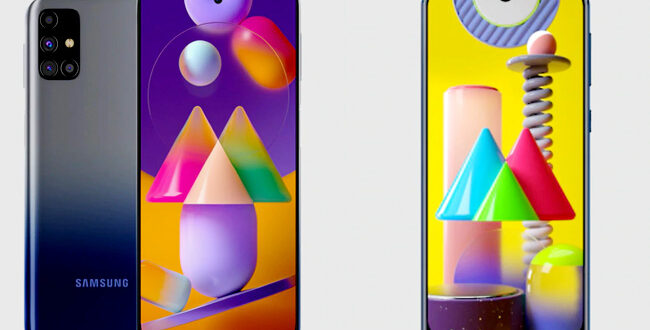 Samsung Released the Galaxy M31s with a 6,000 mAh battery

The company has introduced a new model in the line of Samsung’s M series smartphones that are popular in the Indian market. The company has launched the Samsung Galaxy M31s. The device comes with excellent cameras, Infinity-O display and 25W fast charging support. The new device has been launched with better features than the Galaxy M30 smartphone.

Samsung is launching the Galaxy M31s smartphone under the name Monster Selfie. This smartphone competes with the Shaw Redmi Note 9 Pro Max, Realmy X3 and Redmi K20. The most impressive features of the device are the 6,000 mAh battery, full HD + AMOLED display and quad rear camera setup.

The Samsung Galaxy M31s will go on sale on August 6 during Amazon’s Prime Day Sale. The device will be available through Samsung’s online shop and major retail stores. The 6GB RAM and 128GB storage variant of this device is priced at Rs 19,499. Samsung has also introduced a high-end model with 8GB of RAM and 128GB of storage. It is priced at Rs 21,499.

The Galaxy M31s is powered by an Exynos 9611 SoC paired with 6GB and 8GB of RAM. The device comes with a 6,000 mAh battery with reverse charging and 25W fast charging support. It has a 6.5 inch Full HD + AMOLED display with 420 nit brightness.
Design

In terms of design, the device features a glossy plastic back panel, side mounted fingerprint sensor and a hole-punch display. The device runs on Android 10 based Samsung One UI. It is a device that combines power and excellent design. The battery, chipset and display are all designed to appeal to the next generation.

The company has given a lot of importance to the cameras of the Samsung Galaxy M31s smartphone. Therefore, the device has a 32 megapixel selfie camera. This is one of the reasons why this device is called Monster Selfie. This camera can record 4K video and slow motion video. The biggest feature of the device is this selfie camera itself.

Behind the Galaxy M31s smartphone is a quad camera setup that can record super slow-motion video at 480fps and video in 4K quality. The sensors in this camera setup include a 64-megapixel primary camera with Sony IMX682 sensor, a 12-megapixel ultra wide sensor, a 5-megapixel macro lens and a 5-megapixel depth sensor.
Imaging Features

The Galaxy M31s is a device with many imaging features. First of all, it has a feature called Single Take. It allows you to capture multiple photos and videos with one take. Both the front and rear cameras have this feature. The second feature is Night Hyperlaps, which allows you to capture hyperlapses video in low light. Dedicated night mode, AR doodles and AR emoji are also features of this camera setup.