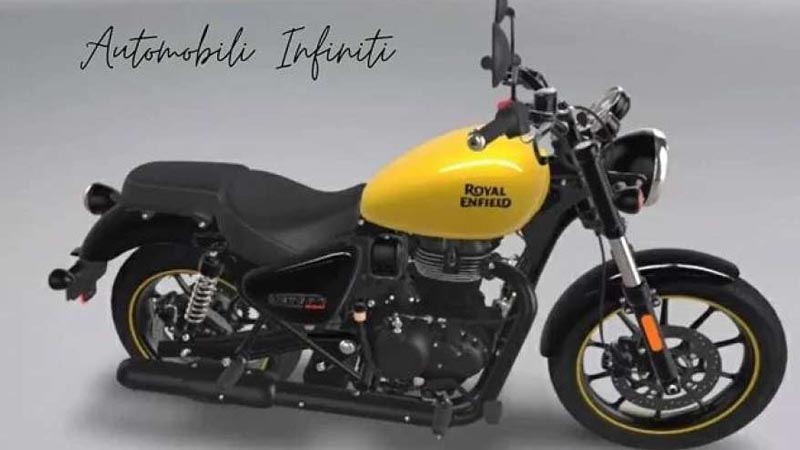 According to reports, Royal Enfield’s latest model, the 350 Meteor Fireball will be launched in late June. The bike, which was due to be launched in April, however pushed back the date following the outbreak of coronavirus; it is now expected to hit the market by the last week of June. The new new 350cc member from the Royal Enfield family, offers more convenience and modern travel experience.

The model, which is being built on Royal Enfield’s J10 platform, is expected to replace the Thunderbird 350. Meteor 350 comes with BS6 engine and a new design style. At the first glance, the Meteor 350 Fireball is strikingly similar to the Royal Enfield Thunderbird X. The Meteor’s approximate appearance goes like this – Round shaped headlamp and circular LED DRL, Twin Pod Instrument Panel, Round Shaped Taillight, and a double-sided seat. Royal Enfield also offers Wilde Shield as an optional accessory.

Telescopic forks and dual shock absorbers will be provided in the front for comfort. Both the front and rear disc brakes provide dual channel ABS protection. The Meteor will compete with the Benelli Imperiale 400 and Javi Fortuitous bikes. The Meteor 350 Fireball will be powered by a 349cc single cylinder engine powered by the Royal Enfield Classic 350. It also produces fuel injection technology at the BS6 level. The engine produces 19.8bhp and 28Nm of torque. Transmission is a five-speed manual.