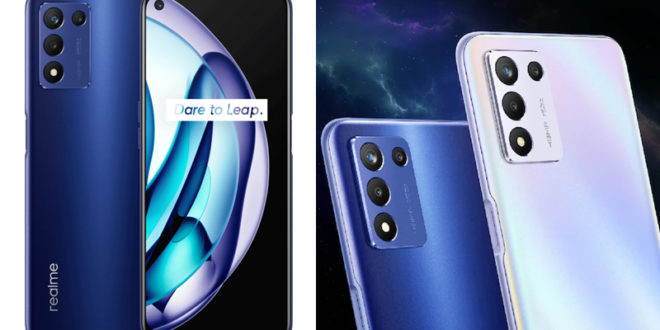 Leading Chinese smartphone maker Realme has launched its new handset Realme Q3T. The new Realme phone was unveiled without much fanfare. Realme Q3T has come up with a great set of features. One of the most attractive feature of the phone is the cloud service itself. Apps, games, videos, and more can all be accessed from the cloud. For this, Realme is collaborating with China Telecom.

What makes the Realme Q3T a little different is the cloud service. Almost all Android phones now come with access to the cloud. It comes either in the form of Google Drive or in the phone company’s own cloud service. Oppo’s cloud storage, which can be accessed through a Hatrop account, is also being used.

Introduced in China, the Realme Q3T is priced at 2,099 yuan (approximately Rs. 24,400). It comes in Night Sky Blue and Nebula color options. No launch details available in India. The same variant is expected to be launched outside China in the coming months.

Realme Q3T is a mid-range phone with great features. The phone comes with a 6.6-inch full-HD + LCD, 600 nitz peak brightness and a 90.8 percent screen-to-body ratio. The phone is powered by an octa core Qualcomm Snapdragon 778G processor paired with 8GB LPDDR4X RAM. You can expand the RAM up to 5GB with the Dynamic RAM Expansion feature. The internal storage is 256 GB. It can be expanded via microSD card. The phone runs Realmy UI 2.0 based on Android 11.

On the back are 48-megapixel, 2-megapixel macro and 2-megapixel depth cameras. For selfies, there is a 16-megapixel camera inside the punch-hole in the top left corner. The design of the phone is very similar to that of the Oppo Renault 6. The phone is packed with a 5000 mAh battery with 33W fast charging via USB-C port. Wi-Fi, Bluetooth and GPL are the main connectivity options.