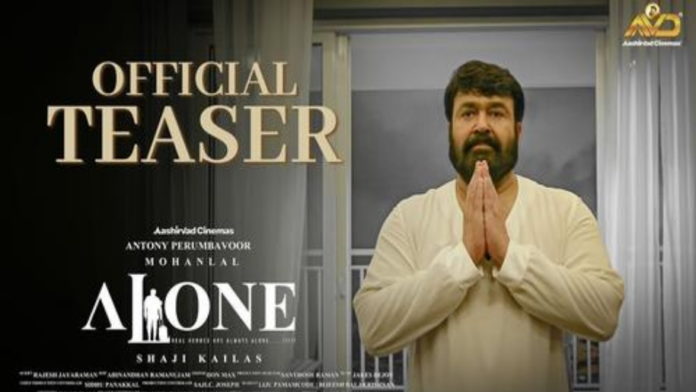 The versatile actor Mohanlal on Saturday turned 62 and on this special occasion, a teaser from his new upcoming film titled, ‘Alone’ was released. In the Shaji Kailas directorial, Mohanlal can be seen practicing meditation.

In the background, Mohanlal can be heard saying, ‘Real heroes are always alone’.
Although many details about the film are not revealed in the teaser, Shaji Kailas surely promises an engaging limited setting thriller movie by the looks of it.

‘Alone’ is written by Rajesh Jayaraman and the cinematography will be helmed by Anhinandhan Ramanujam. Don Max is in charge of the editing section of the film and the music will be composed by Jakes Bejoy.