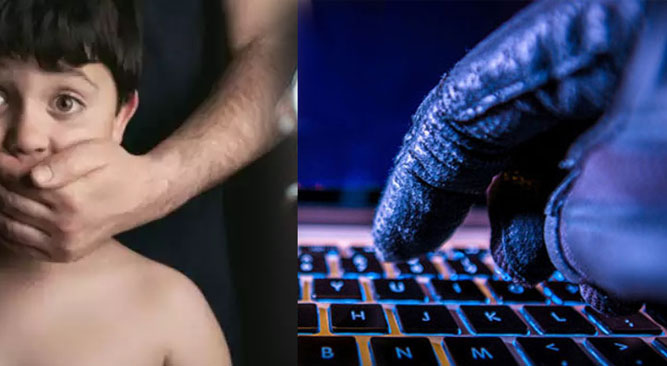 Three persons have been arrested, but all members of the group will be prosecuted. There will be more arrests in the coming days. Many of the group members are overseas. He added that action would be taken against them. A team led by Malappuram police chief has been behind the case for 25 days. Viewing and disseminating child pornography is a serious crime internationally.

The UNICEF has been working with children against violence against children. State Crime ADGP Manoj Abraham was informed of this via Interpol. When the group admin was identified as Aswant, a native of Kuttipala, the ADGP was handed over to the Malappuram district police chief with the help of cyberdome.

Fifteen people from Malappuram district were in the WhatsApp group. A joint raid was planned to hold them together. To this end, the police station, which houses all the houses, has been identified and raids have been ordered at 15 stations. It is learned that 13 people including the admin have been arrested. Two are in the Gulf.

The phones of some of the arrested were also recovered, while others were not found. The case is being investigated at various police stations. People from Guruvayur and Thrissur have been identified as members of the group. Police are planning to expand the investigation into other districts in the coming days and get more people involved.

A large collection of pornographic material, including children’s, was found on the phones of people including the group’s admin. It was obvious that all the members of the group were interested in the children’s scenes. They also found footage of children from India and foreign children.

It is generally believed that these videos were downloaded via the Dark Web, as they are usually not available on the Internet. Under international law, even child pornography is part of the investigation. Therefore, not only those who share the scenes in the group, but also the members are guilty.

International aid to arrest the accused

It is believed that the users exchanged pornographic videos because they thought they were safe due to WhatsApp’s end-to-end encryption. But WhatsApp is also cooperating with the investigation into Interpol’s involvement. Interpol, cyber dome and WhatsApp are collaborating to arrest the accused. This is because personal privacy has no relevance in cases of violence against children.