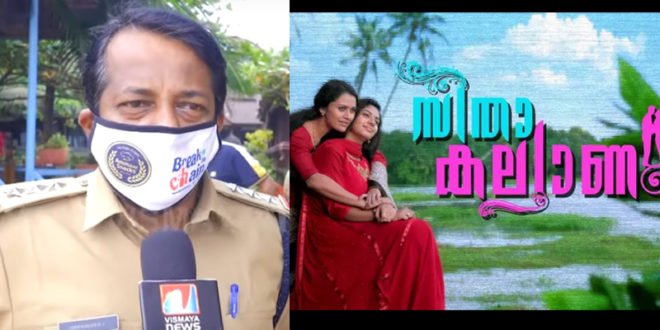 Police arrested many from Seetha Kalyanam serial location near Varkala

Twenty people, including serial actors and activists, have been taken into police custody by the police after a raid conducted at the shooting location of the serial Seethakalyanam. While the lockdown restrictions continue to prevent the spread of the disease in the wake of the second wave of Covid, the serial actors who shot in violation of the regulations in Varkala are reportedly in police custody. Local channels and media have reported that the police have registered a case against them for violating the lockdown.

According to the report, the actors and activists who were working in connection with the serial ‘Seetha Kalyanam’ were arrested in Varkala. Neighbors informed police that the shooting was taking place at the resort in violation of lockdown regulations. It is learned that the resort was sealed by the Ayyur police.

Seetha Kalyanam is a popular series telecast on Asianet. Film and serial shooting has been banned in the state since the lockdown was announced on May 8. Despite this, the shooting took place secretly at the resort. Recently, the studio in Chennai where the third season shoot of Bigg Boss Malayalam was held was also sealed by the police.